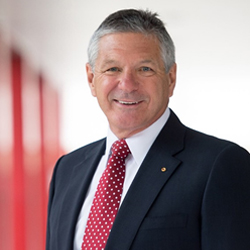 John Wilson graduated in Science with BSc(Hons) from The University of Melbourne in 1975 with a major interest in physics and information technology. He then qualified in Medicine in 1980 (MBBS). His physician training was at The Royal Melbourne Hospital, with a special interest in intensive care and respiratory medicine. He studied the role of inflammation in asthma and completed his PhD before moving to the UK to join a major asthma research group in 1988.

After returning to Australia in 1990, he spent 2 years at Royal Melbourne Hospital, then he was appointed as Respiratory Physician and Head of the Cystic Fibrosis Service at The Alfred Hospital, Melbourne. In this role he has received DHS Centre of Excellence, NHMRC and ARC funding, as well as service achievement awards. He is responsible for the treatment of patients with different lung disorders, including cystic fibrosis, asthma and pneumonia. His research interests include the use of video-conferencing in delivering care programs, the application of electronic health records to medical systems and new pharmacological treatments (including gene-potentiating agents) in CF lung disease.
He has been Chair, Senior Medical Staff Association at Alfred Health and served on the Ethics Committee.

John was elected to the position of RACP President-Elect in May 2018 and commenced his two-year term as President and Chair of the College Board in May 2020. John is a consultant to government and industry bodies in Australia and overseas. 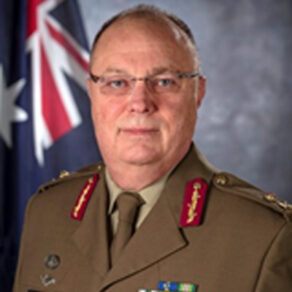 Major General New was born 15th June 1959, Sydney NSW. He completed his Higher School Certificate at Waverley College Sydney (where he was a Cadet Under Officer) and graduated with his primary medical degree Bachelor of Medicine Bachelor of Surgery in 1985, UNSW. He enlisted in 1992 as a Specialist Service Officer and was posted to 1st Parachute Surgical Team (PST) at Holsworthy Sydney. Subsequent to his specialty training in Orthopaedics (FRACS Orth), MAJGEN New undertook sub-specialist spinal surgery training in the UK in 2003 and was posted to 23rd Parachute Field Ambulance Aldershot on exchange, serving in their Forward Squadron as an Orthopaedic Surgeon. In support of Specialist Airborne Operations, he completed a suite of courses to deliver the scope of service required. MAJGEN New has deployed with Australian forces to Rwanda, East Timor and Banda Aceh and has held appointments with 1PST and 1HSB (Health Support Battalion) in Sydney and staff appointments SO1 Reserve Health 2000, SMO 8 Brigade 2007, Consultant Surgeon to SGADF 2008–2014, Chairman Orthopaedic Consultative Group JHC 2009 onwards.

MAJGEN New is regularly consulted on complex clinical matters and governance issues both within Australia and overseas. MAJGEN New has completed numerous military courses since enlistment both in the UK and Australia: the Definitive Surgical Trauma Course 2003 and was Directing Staff (military module) on subsequent courses, the Early Management of Severe Trauma 2003, the Deployed Surgeons Obstetric and Gynaecology Skills Course 2005, the LOAC 2005, and was Directing Staff Pre-Hospital Trauma Course Ex Primary Survey. He is a graduate of the Medical Strategic Leadership Program AMEDD, San Antonio and the Pentagon, USA, in 2011.

MAJGEN New has many awards both civilian and military including OAM (civilian) for services to medicine, a Deputy Chief of Joint Operations silver commendation Op Sumatra Assist as a Senior Surgeon, the Meritorious Unit Citation OP TAMAR RWANDA and the Bruce Shepherd Medal for Services to Medicine 2019.

MAJGEN New has been appointed Surgeon General ADF-R effective July 2019. MAJGEN New has led his professional peer group with numerous national and state appointments in senior leadership, governance, administration and training. He is an Adjunct Professor at Sydney University (Director of Education MSK) and is a member of its peak Ethics Committee (HREC1). He is soon to complete a Doctorate of Clinical Surgery with strong emphasis on governance, safety and leadership. MAJGEN New is a member of multiple civilian and military learned societies and has held senior appointments. He is a member of the Society of Military Orthopaedic Surgeons (international). He is an Associate Fellow of the Royal Australian College of Medical Administrators and the Australasian College of Aerospace Medicine.

MAJGEN New is married to Dr Heather New and has two adult sons. He enjoys fishing, motorsports and Rugby League. He has a particular interest in international and military history. 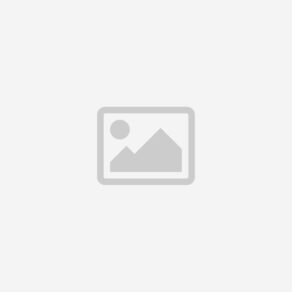 Andrew is a Medical Leader and Manager working at the Townsville Hospital and Health Service, a Professor with the College of Medicine and Dentistry at James Cook University and an Honorary Professor with the Australian Institute of Health Innovation at Macquarie University. He is a Censor of the Royal Australasian College of Medical Administrators and has been a long-term member of the Education and Training committee, a leader in curriculum reform, a former member of the College Council and Board, and a supervisor of training and preceptor. He has been recognised as one of a handful of “Distinguished Fellows” of the College for his work in medical workforce and patient safety and has twice received international awards for his innovations in safety and quality. Andrew has been the lead author of five book chapters and lead or senior author on several peer reviewed publications and conference abstracts and is a regular for invited and peer reviewed presentations at national and international meetings. Recent studies in Conflict Management and Resolution have led to accreditation as a mediator and coach. His current major area of interest is in conflict competence, mentoring and coaching. After leaving the Permanent Air Force in 1995 as a SQNLDR, Andrew has spent over 25 years as a hospital executive, some of that time in RAAFSR. He has re-joined Air Force as a part-timer in 2021, bringing his civilian experience in safety, quality and leadership coaching back to Defence.

Alan currently works in staff specialist positions at the John Hunter Hospital Emergency Department and the Hunter Retrieval Service in Newcastle. He is a Director of Emergency Medicine Training and a current member of the Australasian College of Emergency Medicine, Emergency Medicine Certificate and Diploma Council. Currently in his 28th year of full-time service with the Royal Australian Air Force, Alan has been a fully qualified member of the ADF Medical Specialist Program for almost two years. Prior to embarking upon his Emergency Medicine training, Alan served in several Air Force postings, including Chief Instructor at the Institute of Aviation Medicine and Officer In-Charge of Number 3 Aeromedical Evacuation Squadron Detachment Amberley. Alan deployed on operations to Kuwait, Afghanistan on two occasions and, most recently, to Burnie, Tasmania, in support of Operation COVID19 ASSIST. Alan’s strong interest in both well-being and the implementation of positive organisational change have been strong drivers in his efforts to establish the Health Professional Engagement Program – Air Force.

Sally is a full-time Medical Officer in the Royal Australian Air Force. She was recruited through the Graduate Medical Scheme in 2009 and served in various Health Services Wing and Joint Health Command positions, deploying on Operation Accordion in 2018. She is currently posted to Joint Health Command Canberra as Military Assistant to Commander Joint Health/Surgeon General Australian Defence Force. Sally completed her general practice training in 2018 and is now working towards fellowship with the Royal Australasian College of Medical Administrators. She is currently studying a Masters in Public Health/Health Leadership and Management. Sally also gained qualifications in Executive and Business Coaching and looks forward to expanding her coaching skillset and experience. She is passionate about mentoring and development of the Air Force health workforce, culminating in her role on the Health Professional Engagement Program leadership team.